Jeff is a former Canadian RCEME officer and served as System Engineer for three major Army Crown Projects before moving to the private sector. For almost twenty years he was General Manager of Diemaco/ Colt Canada. He is an expert in the Small Arms and Soldier Systems field as well as all aspects of manufacturing. He formed KWESST in 2017 to pursue opportunities in the networking and digitization of legacy and future weapons systems.

David is a recognized entrepreneur in the defence and security industry. He was formerly an infantry officer and senior official with the Canadian and British governments before leading the global build-out of successive defence and security companies, including Simunition, the world leader in simulated munitions for close-quarters combat training. He led the build-out of Allen- Vanguard, which became a world leader in Counter-IED solutions, where he remains Chairman. He is also former Chairman of United Tactical Systems, a world leader in non-lethal munitions systems.

Mr. Archambault began his career as a CPA, CA, with Ernst & Young LLP, followed by senior finance positions at AXIS Capital, a global insurer and reinsurer, and more recently had CFO roles with small-cap public Canadian companies listed on the TSX Venture Exchange and Canadian Securities Exchange in media broadcasting technology and health and wellness industries.

John McCoach retired from full time employment in 2016. At that time he was President, TSX Venture Exchange; a role he held for seven years. John is a director of the Capital Markets Authority Implementation Organization. CMAIO is tasked by The Government of Canada, six provinces and one territory to create a pan Canadian securities commission. He is also the Lead Director, Liberty Defense Holding Ltd. John was a director, and Interim CEO, of Nautilus Minerals Inc. John is also a director of the Royal Canadian Marine Search and Rescue.

Paul is a thirty-four-year veteran of the high-tech sector. He has an MBA in High Technology from Northeastern University and a BA in Economics from Harvard. In 2015, he established Surculus Advisors, a management advisory firm providing strategic advice and leadership to SME companies in the high-tech sector including aerospace and defense. Prior to forming Surculus Advisors, Paul was a Division President at L-3 Communications (NYSE: LLL).

He is former President and Chief Operating Officer of Proterion Corporation..

Warren spent fifteen years in the Royal Australian Air Force. He then transitioned to industry, building on his military experience and spent more than twenty years in senior Systems Engineering and Program Management roles with major defence companies such as CAE Inc., Lockheed Martin, General Dynamics, DRS Technologies and Colt Canada. At KWESST he leads the technical innovation team of senior engineers. 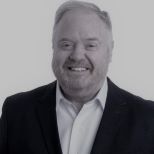 Prior to his various senior roles with defence contractors such as General Dynamics Canada, DRS Technologies Canada (now Leonardo DRS), ATCO Frontec and ADGA Group Inc., Rick had a distinguished career as a senior officer in the Canadian Army, retiring in 2003 as a Lieutenant Colonel. He is a graduate of Royal Military College of Canada and served in various operational and staff roles in the Canadian military and on secondment to the British Army. As an armour officer, Rick served with various units such as Lord Strathcona’s Horse (Royal Canadians) and the Canadian Airborne Regiment Battle Group across Canada and in deployed operations in Bosnia-Herzegovina with the UN Protection Force and the NATO Stabilization Force (SFOR). Rick was also part of the planning team for Canada’s participation in the NATO Kosovo Force (KFOR) mission in 1999.